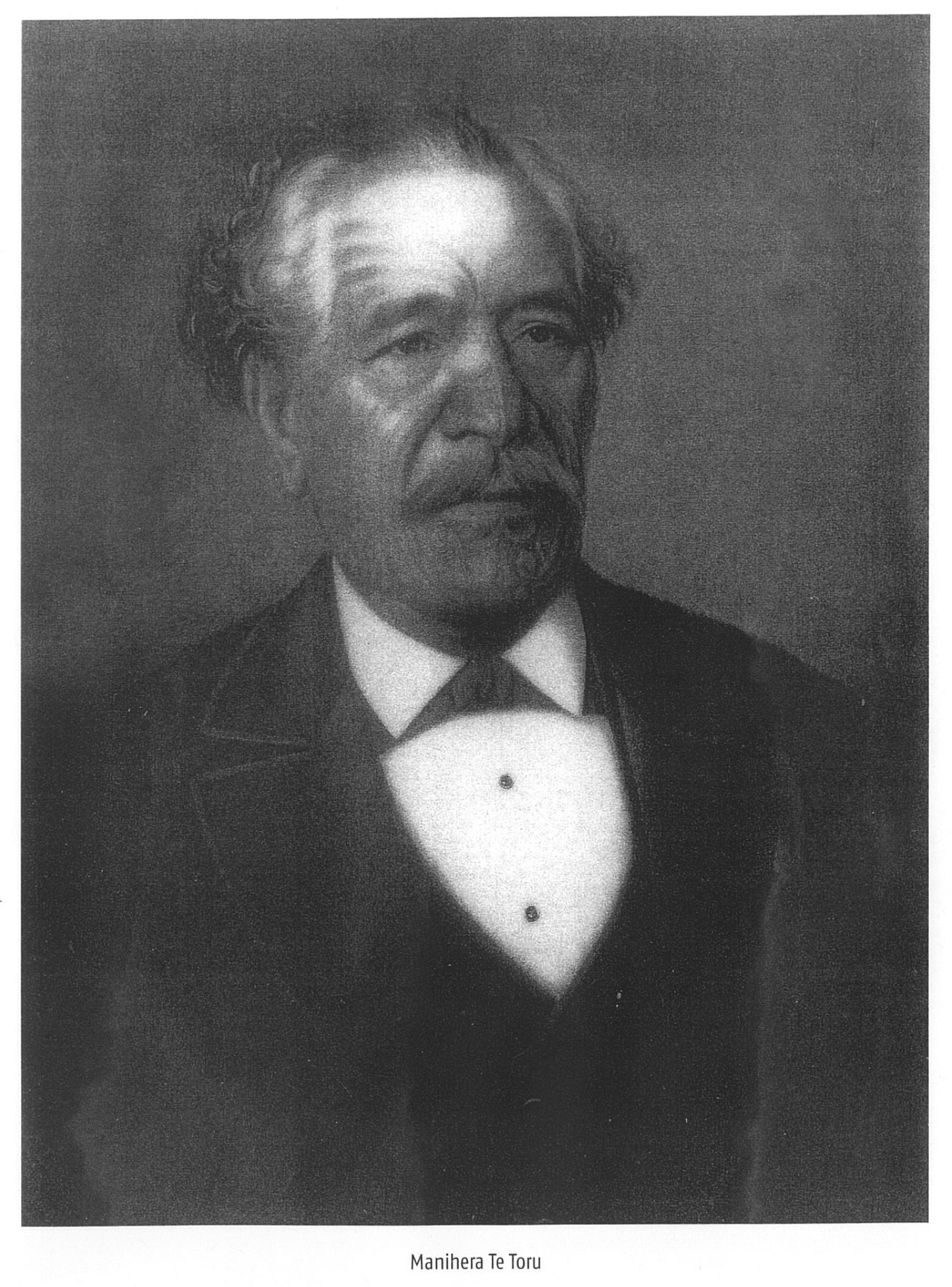 Evening Post 29 October 1884
Manihera Te Ngatoru.
Manihera Te Ngatoru, a chief of high birth, and formerly of much influence, died in the Hutt Valley on Monday last. He belonged to the Ngatitawhirikura hapu, of the Ngatiawa tribe. He arrived in Wellington in the year 1832 with a large party of the Ngatiawa tribe, who emigrated from Ngamotu, in the district of Taranaki, to Wellington. He came here in company with his uncles, Wharepouri and Te Puni, and with his cousin, Te Porutu, all of whom will long be remembered as true and faithful friends of the European race, under circumstances often of great difficulty and danger. Natives who were lads at the time state that Manihera was at that period at least 40 years old. He must, therefore, have been about 90 years old at the time of his death. The father of Manihera was Matangi, who lived for many years at Ngahauranga. When he died the natives maintained that he was a hundred years old. He was at Ngamotu at the time that Captain Cook arrived in New Zealand. He never saw Captain Cook or his vessels, but remembers well the sensation which his arrival here created and the various anecdotes and stories in reference to Captain Cook and his companions, which were in circulation amongst the natives. Matangi was an excellent man, and a firm friend of the Europeans. He had that benevolent and convincing look, which was common to so many of the family, and which all those who know Te Puni will admit to have distinguished him. According to tradition they derived this characteristic from their ancestress, Te Ranruahora, regarding whom a very beautiful legend is still handed down. It is certain that their benevolent look was an indication of the character of the men of this family, for many of them have been distinguished for their goodness. From the first arrival of the Europeans at Wellington Manihera maintained the most friendly relations with them. He greatly, by his advice and example, aided in the settlement of the land claims in this district. He was of great assistance to the Government in adjusting the inter-tribal claims of the the natives amongst themselves to various reserved blocks of land. He took an active part in the conflicts which took place in the vicinity of Wellington, doing his utmost to defend and protect the property of the settlers; and when Rangiharta was forced to abandon the Hutt Valley and the Porirua district, he was with the body of natives who crossed the mountainous forests from the Upper Hutt to the Horokiwi Valley, joined the Europeans there, and took a part in the fighting which ensued. On the occasion when Wi Tako, Porutu, Ihaia, and a large body of Wellington natives proceeded to Wanganui to aid the settlers there, and where they rendered such good service. Manihero remained at Wellington with another large body of natives, who were charged to assist in the safety of this district. Thus in the early years of this settlement he, alike in peace and war, did his utmost to promote its welfare, and, with Te Puni and other of the Wellington chiefs, has established a first claim on the remembrance of the inhabitants of this city and district.