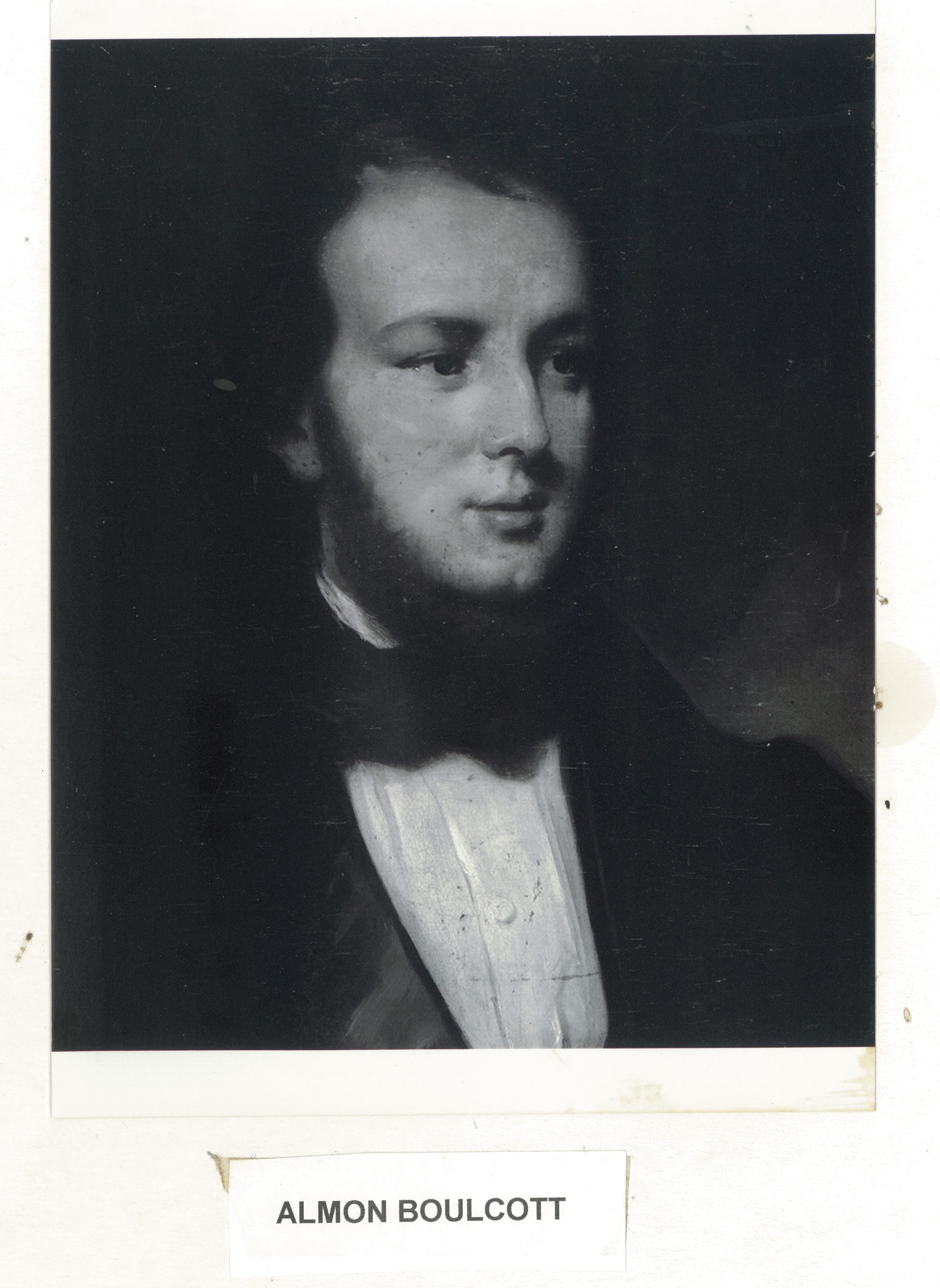 NOTES FOR CHCH WEB SITE 2012
Almon Boulcott came to NZ with his brother Joseph on the Mary Ann in 1842. Their father John Boulcott was a member of the NZ Company and the property known as Boulcott''s Farm (in Military Road on the site of the former Frederic Wallis House) became an advance post of the 58th regiment of Redcoats and the site of a famous action of the land wars known as The Battle of Boulcott''s Farm (a vivid account of this action may be found in Chapter 5 p. 51 of David McGill''s book "Lower Hutt - The First Garden City.")

This action took place in May 1846 despite the interventions of Anglican Missionary Richard Taylor, and local chief Wi Tako pleading peace, apparently because the Governor Sir George Grey had his mind set on teaching the natives a lesson. Almon returned to continue his farming activity after this until his death in 1880 from sunstroke.

The Mary Ann sailed from Downs on 24 September 1841 and arrived in Port Nicholson 29 January 1842 and then sailed to Nelson arriving on 8 February 1842
Names as shown on passenger list
Cabin Passengers
Boulcott, Joseph, Aged: 32
Boulcott, Almon, Aged: 27

Wellington Independent 18 August 1868
FIRE AT THE LOWER HUTT.- On Thursday last, at about four o''clock in the morning, a fire broke out in the house at the Lower Hutt, occupied by Mr Boulcott, and unfortunately neither house nor furniture could be saved. We hear that the house belonged to Mr Ellerm.